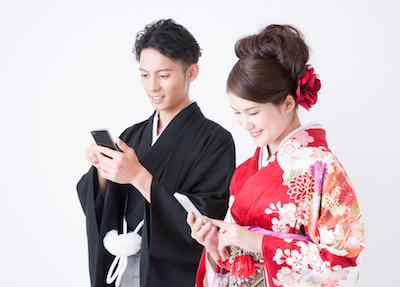 Today is coming of age day where we celebrate adulthood in Japan for young people turning 20 this year. It’s a pretty important milestone.

It’s hard to say exactly when digital signage started, but it’s been almost 15 years since Spielberg gave us all a glimpse of the future in his movie, “Minority Report”.

That idea of the future both intrigued and scared a lot of people.

Read on to see why Digital Signage is finally coming of age (and it’s going to be mostly good).

Just like Internet in 1995 or smart phones in 2010, this is still the beginning for Digital Signage. But now Digital Signage is finally coming of age and it won’t be long before you will witness another massive change in your digital landscape.

It’s already true that these days we see digital content on more and more screens in stores, on the train and in train stations, in buildings and offices.

On the other hand, there are so many places where people gather that do not have a single digital screen in the room. But you will see printed signs, posters, notices on walls, tables, etc.

Display and networking technology keeps getting cheaper. It’s only a matter of time before it will just make sense to have a digital screen as the primary communication tool in most places where people gather. In some cases, it’s already quicker, easier and cheaper to use a screen instead of printing.

Also, the way people want to receive their communication is changing, especially among the younger digital natives. People are getting used to receiving their information digitally through computers and mobile devices. They want to see infographics and videos instead of text.

As the need grows, digital signage needs to be easier than ever to use.

And it needs to be able to deliver a greater variety of information in a largely automated way.

Think back 25 years ago, only a few people had cell phones, and they were mostly used for business. If you would have asked the average person, they probably would not have predicted that 10 years later there would be more cell phones than people in Japan.

Similarly, now if you go into a business, most stores, restaurants, hair saloons, etc. do not have any digital signage. If you look around there are paper signs on the walls. The scene could be just like a shop from 20, 30 or 40 years ago.

Yet many of those same places have web sites and social media accounts. They know that they need to use digital communications to reach their customers.

Well, the best place to communicate with you customers is when they are at your place of business. As digital signage becomes a key part of the digital marketing mix, even small business will use it more and more. At some point in the near future, it will be unusual to see a room with out any digital communication.

So what is 3rd generation digital signage?

If you attach a DVD player to a display and loop the content you have 1st generation digital signage.

Instead of a DVD player, you can use a Blu Ray player, or a media player either built in to the display (Smart TV) or attached to it (a set-top-box or STB). This player may get its content from an SD Card or USB memory stick, but the model is still the same.

More than 90% of the digital signage screens you see around are still first generation.

Now if we take that STB or player and attach it to a network so that we can change the schedule and send new content over the Internet, then we have 2nd Generation digital signage.

Now you can change the content whenever you want. This means you can send time sensitive information like News or Weather or even baseball scores live during a game.

This opens up so many new possibilities. About 10% (but lets say 9%) of digital signage is 2nd generation.

The problem with 2nd generation signage is that it is very complicated to schedule content, so naturally people make the content as simple as possible to reduce the work and operations cost.

Also, each system for each customer is a closed system. That means that you have to manage that system and all of it’s content completely independently. So if you want to put the same piece of content on many networks, you have to arrange with each one to add the content. The communication and overhead increases dramatically as you try to do more. It’s also very easy to make mistakes, as you add more content.

Otegaru net is an example of a 3rd generation signage system. It divides up the content into groupings (called channels) that make sense to the customer and are easy to manage.

We might have channels that show progress in a game where players in multiple locations are participating, competing or collaborating.

Other channels will show Ads that are delivered by Ad Engines to specific locations at specific timings, much as Ads are delivered on the Web these days.

Finally, we might have channels showing visualisations of local sensors, giving meaning to what is going on around us in the Internet of Things (IoT).

The way the content channels are mixed together follows rules instead of having one person try and schedule each and every piece of content for each and every screen which quickly becomes an impossible task as we add screens and content.

This 3rd generation signage currently is still only used for a small fraction of screens, less than 1%. But now Digital Signage is growing up. Expect to see it everywhere soon.

The good news is that it may help bring some balance to our digital lives. If more of what we want to know is naturally displayed around us, we may spend less time with our noses buried in our mobile devices.

What are your thoughts on this?

About the Author: Neil van Wouw

Neil van Wouw founded Vanten in 1998, where he pioneered cloud-based digital signage and was the first to offer it to the Japanese market. Prior to Vanten, he was CTO of Global Online, one of Japan’s first Internet providers, and he played a role in bringing the Internet to Japan. Neil is a proponent of making technology accessible, and is a frequent speaker for audiences in Japan and around the Asian region, including the ACCJ, Wireless Japan and Horasis Asia. He is a father of three, sings in a rock band and is a 35-year practitioner of zen meditation.